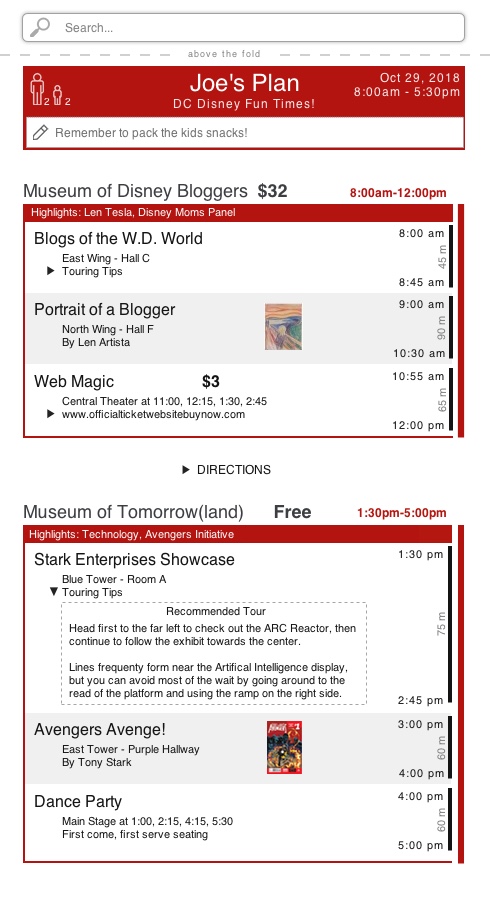 I’m a big fan of Touring Plans. It’s a mobile application that gives advice on how to miss most of the lines. We’ve used it regularly at both Disneyland and Walt Disney World as a family and it’s works really well.

They are taking a new pass at the design for their app. They posted a work-in-progress of the new proposed layout which inspired me to take my own design pass tonight.

Here is their new work-in-progress design (which I think is already quite nice): 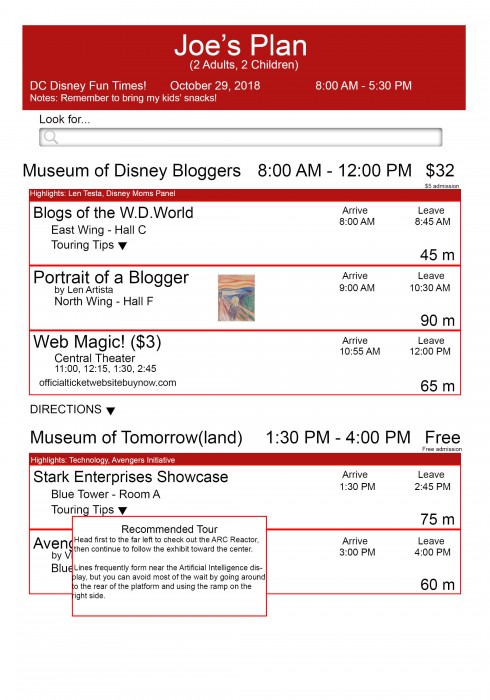 And here is my suggestion:

A few changes I’m suggesting in this design:

I hope the fine people at Touring Plans like some of these ideas.